Retail aggregation pilot in UP Diliman

ERC enables UP and Meralco’s pilot implementation of retail aggregation 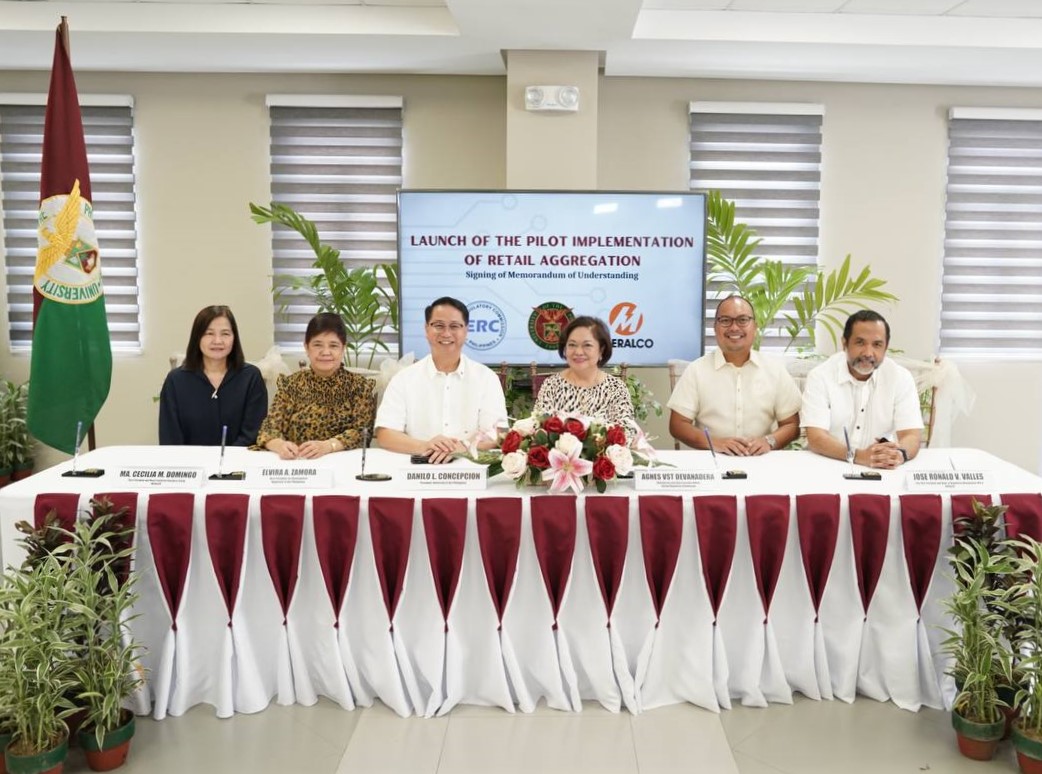 The Energy Regulatory Commission (ERC) has enabled the pilot implementation of retail aggregation with the timely promulgation of the rules governing the said mechanism.

The regulator, along with Meralco and UP Diliman, on June 24 signed a Memorandum of Understanding that will allow the academic institution to choose its preferred supplier of electricity for the combined power requirements of the Diliman campus.

This came right after the ERC issued the rules on retail aggregation that will allow two or more electricity end-users within a contiguous area to pool their demand and become Contestable Customers, thereby enabling them to participate in Retail Competition and Open Access (RCOA).

RCOA allows electricity end-users classified by the ERC as a Contestable Customer to directly negotiate its power rates and enter into retail electricity supply contract with its preferred supplier.

"We have just promulgated the Rules for the Electric Retail Aggregation Program which is another means of empowering consumers to exercise their freedom of choice. The Rules on Retail Aggregation was released today as we celebrate the launch of the Pilot Implementation of Retail Aggregation," ERC Chairperson and CEO Agnes VST Devanadera said.

The pilot implementation will involve UP Diliman’s 149 customer accounts within the campus, which have an aggregate demand of 4.27 MW.

"The ERC would like to thank the UP and Meralco for their initiative in making possible this pilot implementation. With their partnership, we hope that the electricity consumers will be more enlightened about the benefits of retail aggregation which ultimately is for the consumers to have the power to choose from among the electricity suppliers that offer better rates and better services," the chief regulator said.

UP Diliman’s intends to practice its contestability under the RCOA to comply with the directive of the Inter-Agency Efficiency and Conservation Committee (IAECC) under the Government Energy Management Program (GEMP), to reduce the government’s monthly electricity consumption.

“As I wrote to ERC Chairperson Devanadera last May, this pilot scheme is borne from a series of meetings between the UP System Committee on Energy Efficiency and Conservation Program and MERALCO. The aim was to identify the best strategies to achieve energy efficiency and conservation in the University,” UP President Danilo L. Concepcion said.

“I warmly thank the UP System EECP Committee members and their MERALCO counterparts for the hard work and creative thinking they put into this planned pilot implementation of retail aggregation for UP Diliman. Thank you to the Energy Regulatory Commission headed by Chairperson Devanadera for supporting this pilot retail aggregation scheme for UP Diliman,” he added.

Meralco, for its part, expressed its full support to the pilot implementation and pledged its continuous participation in exploring ways of expanding customer choice through retail aggregation

“We would like to recognize the ERC for its instrumental role in this partnership, particularly by the promulgation of the necessary rules and regulations governing retail aggregation. Their guidance and oversight have shaped both this pilot implementation and retail aggregation for the rest of the country. Beyond retail aggregation, we are hopeful that this project will be the first of many initiatives where Meralco can work with the ERC and University of the Philippines to bring innovation and customer empowerment to our kababayans,” said Meralco FVP and Head of Regulatory Management Atty. Jose Ronald Valles.

The ERC said the Retail Aggregation program will encourage competition among Retail Electricity Suppliers and will result in better rates and better services for customers.